PORR successfully secured the construction contract for the residential building project ‘Wohnen am Nockherberg Mitte’ in Au, Munich. In addition, after carrying out a detailed consultation on potential optimisations, pde was awarded the contract for execution planning. A tight schedule, developed with the help of LEAN methods, should ensure that construction is completed in August 2021.

Intensive preliminary work during the support and consultation phase, which lasted several months, eventually resulted in pde being awarded the contract as expected for the ‘Wohnen am Nockherberg’ residential project in Munich. The contract scope not only includes execution planning for the architecture and building services – which was conducted by pde – but also includes complete construction of the residential units by PORR Deutschland GmbH, Munich branch. 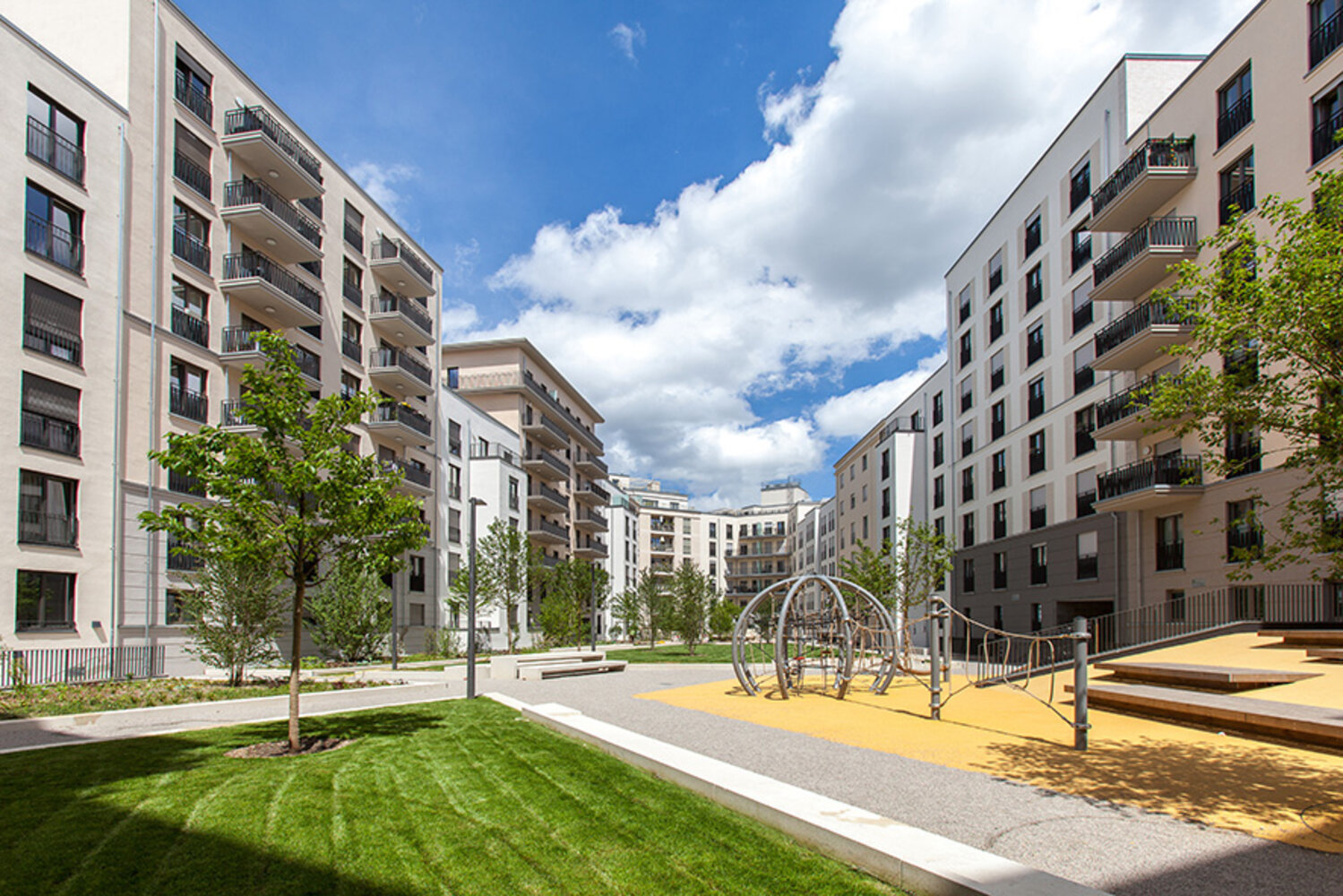 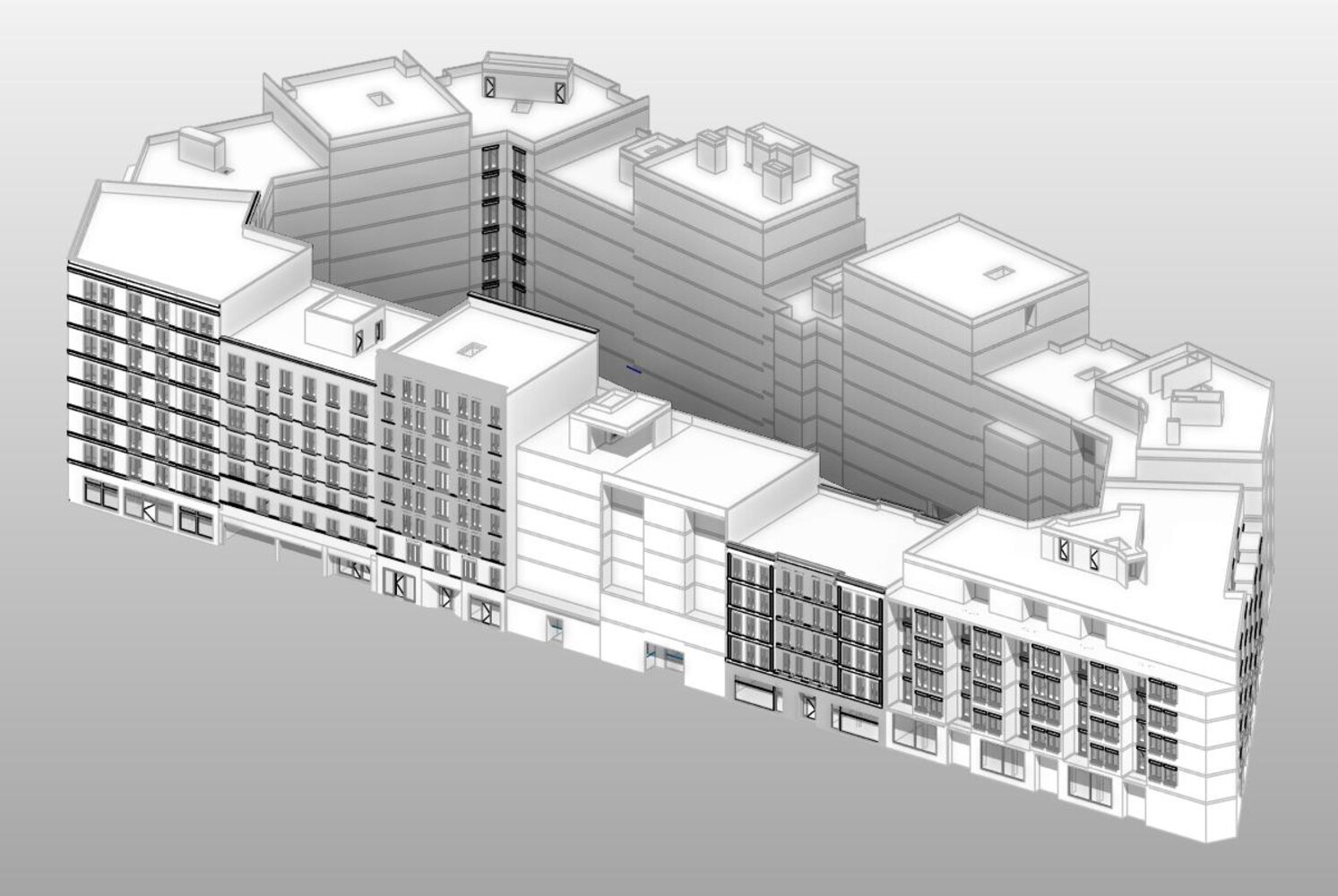 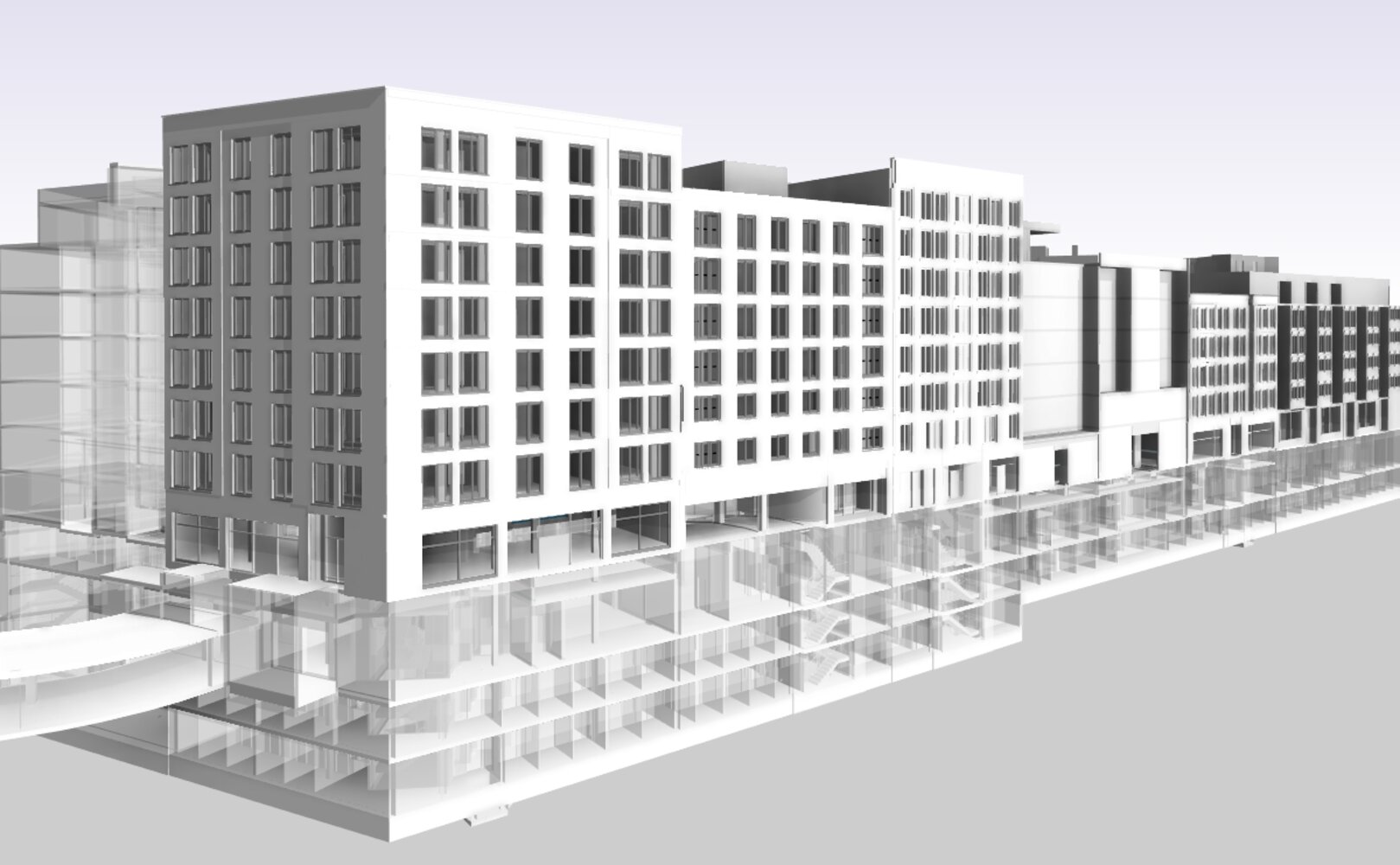 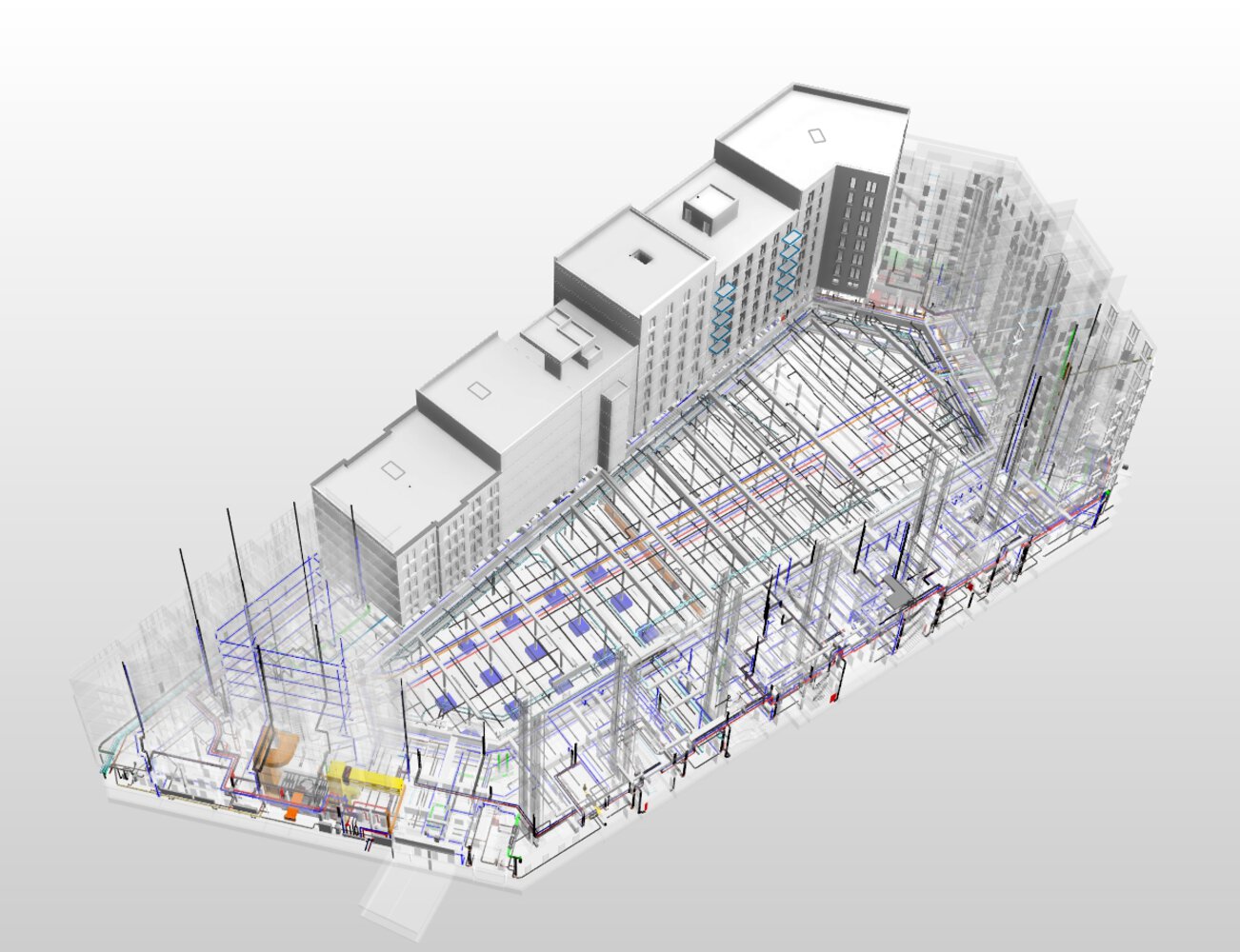 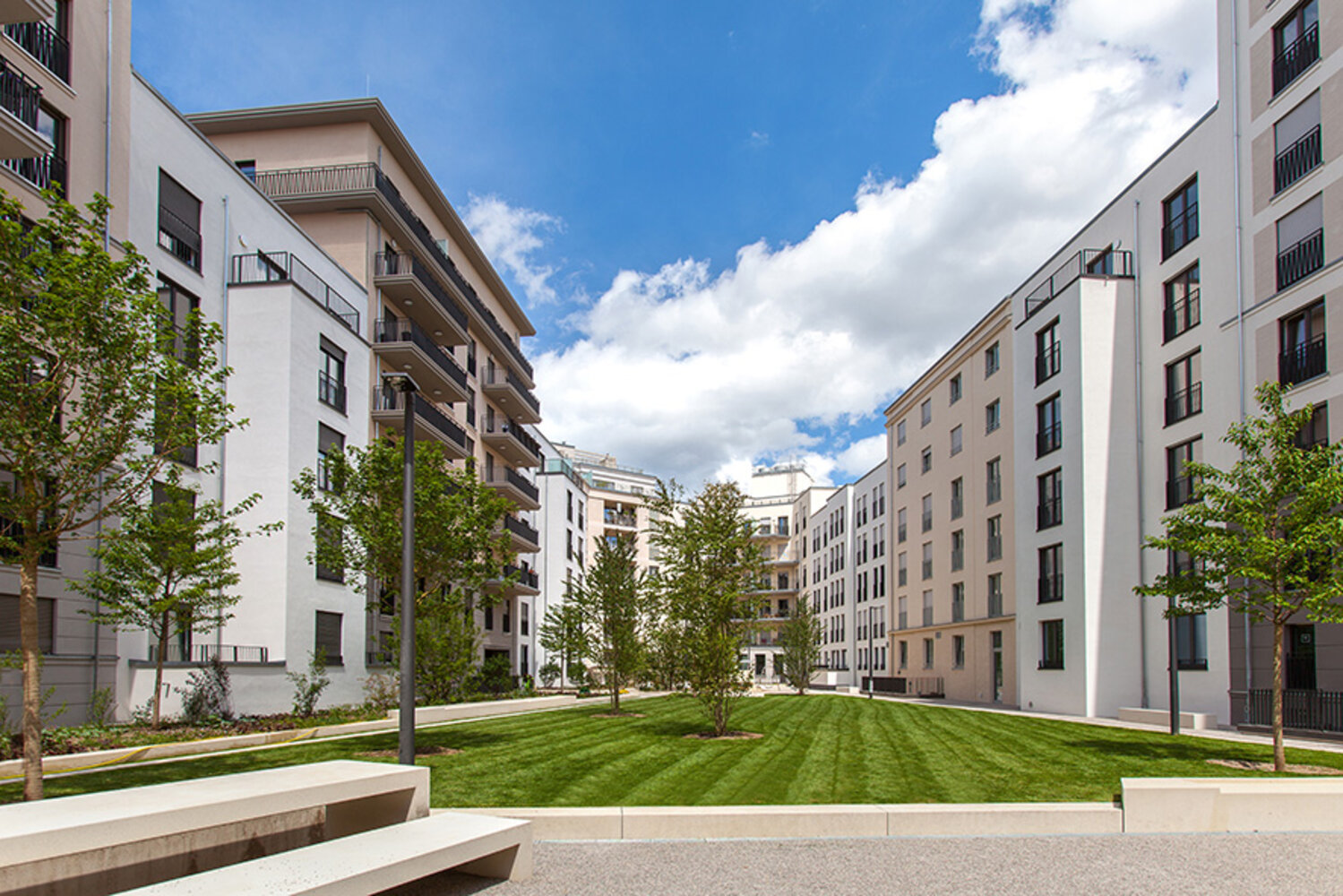 When Munich’s Paulaner brewery made the decision to relocate its production and logistics operations to Langwied, its large inner-city site in Munich’s Au district was freed up for new development. The new quarter on the 90,000m² site comprises a blend of residential, leisure and work opportunities.

Around 1,500 apartments will provide homes for up to 3,500 people and are surrounded by extensive open areas and green spaces. Bavarian real estate company Bayerische Hausbau GmbH & Co. KG is developing the project in close cooperation with the state capital, the City of Munich. The section awarded to PORR includes the planning and construction of a residential and commercial complex with both privately financed and publicly subsidised apartments, a large garage and commercial spaces. The property is divided into 16 buildings with 293 residential units and an underground car park for 349 vehicles, which extends over three storeys in places. Many of the apartments will be constructed and fitted out to a premium standard. The ground floor area in certain buildings will be divided into small commercial units, which will form links between public spaces and private residential areas along Regerstrasse. 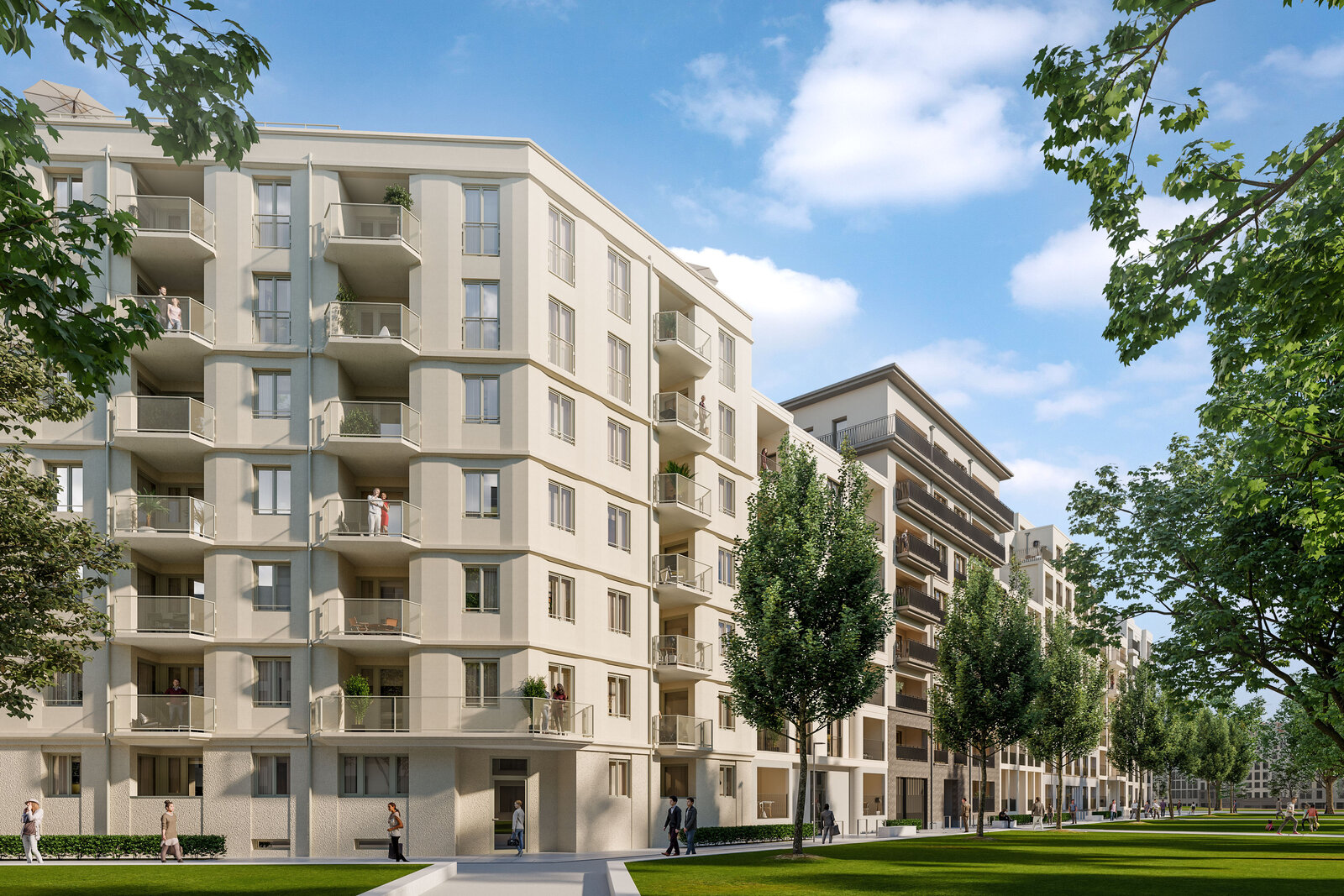 The architectural design provided that each building would be distinguished by its own façade, even where the individual buildings are connected together to form a closed complex. The result is a relaxed block structure that was planned during work stages 1-4, before pde was commissioned to optimise the project. The project was revised and optimised with input from various planning disciplines. A detailed analysis of the planning to date was carried out, in the course of which gap-closing and optimisation lists were drawn up for the superstructure, building services, outdoor facilities, and façades. This optimisation process was supported by an updated cost estimation carried out by the Building Construction department of PORR’s Munich branch in collaboration with pde. The cost effects of the optimisations were determined immediately and then the decision documentation was drawn up for the client in the form of a catalogue of options. Meanwhile, work had already begun on execution planning and work stage 5 according to the Fee Structure for Architects and Engineers (HOAI). These stages involve creating specialised plans for the architecture, building services, fire protection and building physics as part of a partial general-planning contract.

A data model based on building information modelling processes is in use as the working model. LEAN methods have been followed throughout the project planning process, right from the monitoring phase. This approach was primarily necessary due to the ambitious schedule for internal processing after the client submitted the application for planning permission back in December 2017. Planning permission was granted promptly and construction was able to start as planned in November 2018. The completed building complex is expected to be handed over ready for use in August 2021. 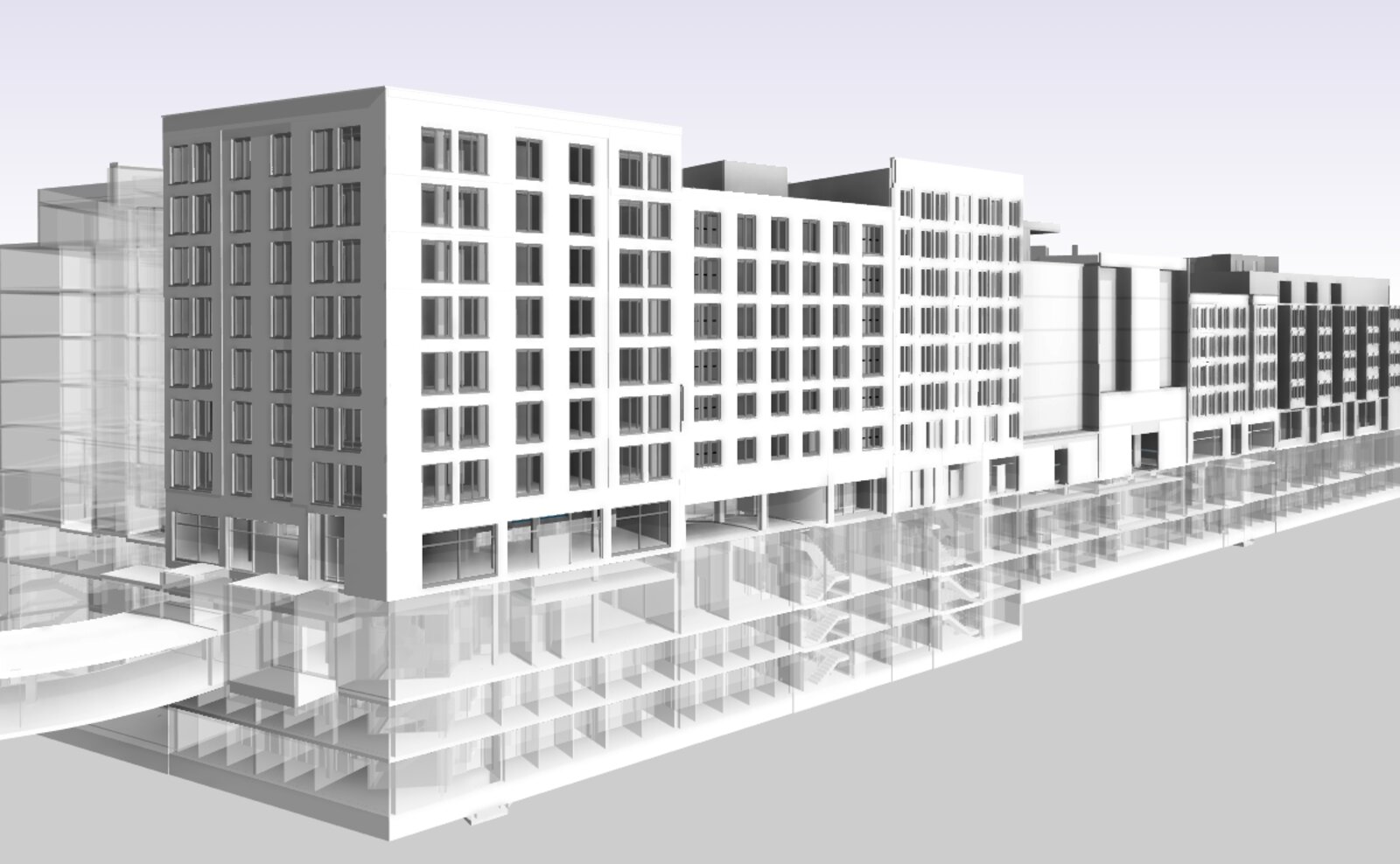